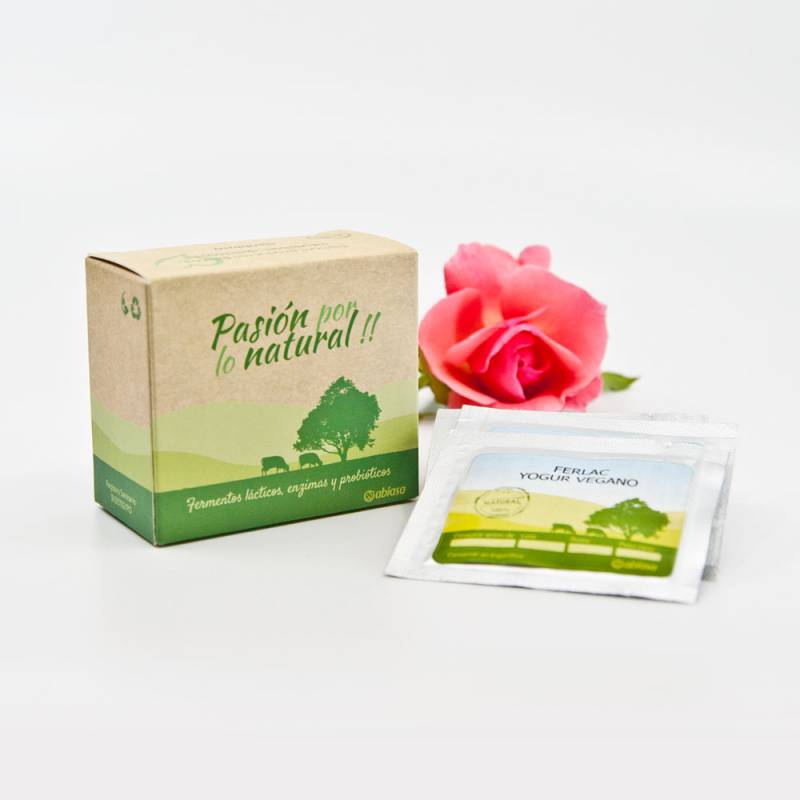 Probiotic ferment for the production of Yogurt with vegetable milks such as soy.


Notify me when available

Yogurt is the most known fermented milk in the world. It is obtained by the fermentation of milk produced by two lactic bacteria acting in symbiosis: Lactobacillus bulgaricus and Streptococcus thermophilus.
The vegan yogurt ferment is the result of a careful selection of the most suitable bacteria produced in synthetic (non-dairy) media to obtain a soy yogurt with a creamy texture and a traditional flavor in a totally natural way.
The yogurt obtained with our vegan yogurt ferment contains live and active lactic bacteria that make this product an excellent and complete food.

*In vegetable drinks such as soy, the texture of the resulting yogurt is creamy, like a traditional yogurt. In the case of other vegetable milks such as oat or rice, as no thickeners or additives are used, the texture is liquid.

No customer reviews for the moment.

12 other products in the same category: